Organized by the Consulate General of the Republic of Korea in Hong Kong, in collaboration with the Ministry of Foreign Affairs, the Ministry of Culture, Sports and Tourism of the Republic of Korea and the Home Affairs Bureau of the Government of Hong Kong SAR, Festive Korea has attracted over a millions audiences since it was first launched in 2011.

In its 7th Anniversary, the line-up of this Festive Korea is richer and more exciting than ever! Outstanding performing groups and top artists will present remarkable programmes to Hong Kong audience. Along with many other wonderful events, there will be a concert of the world-renowned Seoul Philharmonic Orchestra with collaboration between musicians of the two regions, Korean traditional music and dance performed by the Korea National University of Arts and an unmissable taekwondo performance by the World Taekwondo Headquarter Kukkiwon.

Festive Korea heightens the appreciation and enjoyment of Korean art and culture in diverse genres, such as traditional arts, contemporary dance, musical, classical and pop music, cinema and food, while presenting an impressive cultural feast to Hong Kong audience. 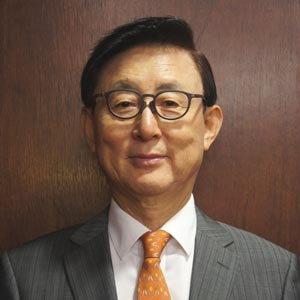 It is my great pleasure to announce the official opening of the 7th “Festive Korea”, the Korean cultural mega festival which has been held in Hong Kong since 2011. In the past six years, the popularity of Korean culture has reached an unprecedented level, with fans all around the world. I recall that a few years ago, TV dramas and K-pop were leading elements in the popularity of Korean culture known as the “Korean Wave.” Today, in contrast, the cultural contents of the Korean Wave have been diversified. They now span a wide array of sectors such as Korean food, language, beauty products, exhibitions and performances. With that popularity, 650 thousand tourists from Hong Kong visited Korea last year and 1.4 million Koreans sought to vacation in Hong Kong. For the first time in history, the number of tourists travelling between the two places exceeded two million people.

In previous years, Festive Korea has extended invitations to groups of talented Korean artists such as the Korea National Opera and Korea National Contemporary Dance Company. In tandem, it has featured other forms of art namely the screening of Korean animated films for family audiences, while also taking part in Hong Kong’s time-honored charity fundraising events. These concerted efforts have served to foster close cultural exchanges between Korea and Hong Kong. This year, to celebrate the 20th anniversary of the establishment of the Hong Kong Special Administrative Region (HKSAR), Korea’s leading chamber and philharmonic orchestras will collaborate with some of Hong Kong’s most prominent artists. In addition, a wide array of programs such as art exhibitions, movie screenings, Korean food tasting events and many others are to be held and I hope very much that you will indeed enjoy them greatly.

The new administration of Korea plans to establish the Korean Cultural Center in Hong Kong this year, the 32nd of its kind in the world. Situated in Hong Kong, at the center of Asia, I have every confidence that it will indeed fulfill its purpose of raising awareness of Korea’s culture and also serve as a cultural bridge between the two partner regions. We will be delighted to welcome you at our newest Cultural Center. To conclude, I would like to bring my remarks to a close by expressing my utmost gratitude to the Government of the Hong Kong Special Administrative Region, organizations participating in the event, and to the generous sponsors, for their invaluable support for the holding of the 7th Festive Korea.

Korea is festive by definition for we have never seen a society so joyous simply to be. This vibrant spirit has captured the rest of the world which marvels at the resiliency and resourcefulness of the Korean to prevail over every challenge, social, political, industrial and geopolitical but not overcoming the obstacles rather improving themselves from each experience.

The Hong Kong Arts Development Council has just signed a memorandum of understanding on cultural cooperation with the Arts Council Korea in September, and the two sides have formally established a close working relationship. We look forward to further exchanges with the Korean counterparts and will jointly strive to show the cultural scene of Asia to the world!

The Government of the Hong Kong Special Administrative Region has always been a staunch supporter of cultural exchanges between Hong Kong and Korea. I look forward to broader and fuller collaboration with Korea in future