Online registration for free admission is now closed. Thank you.

Korean popular Comic Music Show “Fanta-Stick” is a non-verbal musical, combining traditional Korean storytelling, contemporary music and energetic dance, including hip-hop and B-Boy. The live music show “Fanta-Stick” presents the tale of percussion and strings which strike a chord with audiences. Your heart-beat will go up with the exciting rhythm of “Fanta-Stick”.

Cross-over with Talented award-wining B-boy team ‘Leadmos’, “FANTA-STICK” comes back with the most exciting show in 2017! 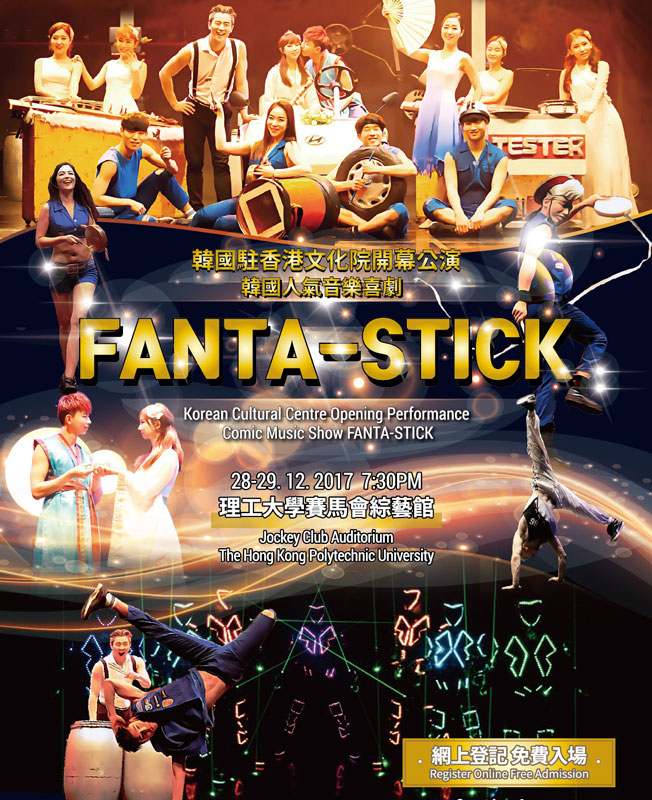 In the beginning of the world, a man and a woman who fell in love. God loved them so much that he gave a Heavenly drum to the man and a Heavenly flute to the woman.

However, the woman destroyed the Heavenly drum because the man got obsessed by the beautiful sound of the drum. Offended by the jealous act of the woman, God hides the Heavenly flute and her family was punished and turned into ghosts. The only way to turn back into human is to find out the heavenly flute to play fantastic “Fanta-Stick” music.

What will be their destiny?